While some have come to argue that Marxism and Critical Theory are fundamentally Eurocentric in a way that renders them incompatible with anti-colonial or post-colonial struggles, the work of several 20th century non-European thinkers–including C.L.R James, Al-e Ahmad, Gustavo Gutierrez, and Gendun Chopel–challenges this characterization. Bringing Marxian analysis together with questions of identity, subjectivity, decolonization, and emancipation, these thinkers defied today’s theoretical fault lines, proposing a rich body of heterodox Marxist thought that influenced liberation narratives in the Global South. To recover some of the history and particularities of this “Global Marxism,” we asked BISR Executive Director Ajay Singh Chaudhary to tell us more about these thinkers, their place in current debates, and why we should read them today.

What is Global Marxism? Why is it relevant?

Well, to be honest, “Global Marxism” is mostly a useful shorthand to describe a vast body of Marxian literature from the non-Western world stretching from the 1920s to the 1960s that doesn’t quite fit the usual Marxist paradigm. These authors, thinkers, activists, politicians, and organizers were not doctrinaire Marxists but remained deeply invested in the socialist drive for universal human emancipation and freedom. One thing I have always found strange is that these incredibly incisive perspectives are not included in contemporary debates around post-colonialism, Marxism, and now “decolonialism” even though their propositions and analyses on issues like global trade, culture, religion, history, technology, and subjectivity are more capacious than what current discussions allow. Unlike many today, thinkers like Manabendra Nath Roy, Gustavo Guttierez, Jalal Al-e Ahmad, and others did not feel like they had to chose between critiquing Eurocentric thought and politics and adapting Marxian analysis to their own post-colonial context. I’ve always loved working with these materials because of the breadth of political imagination they express. 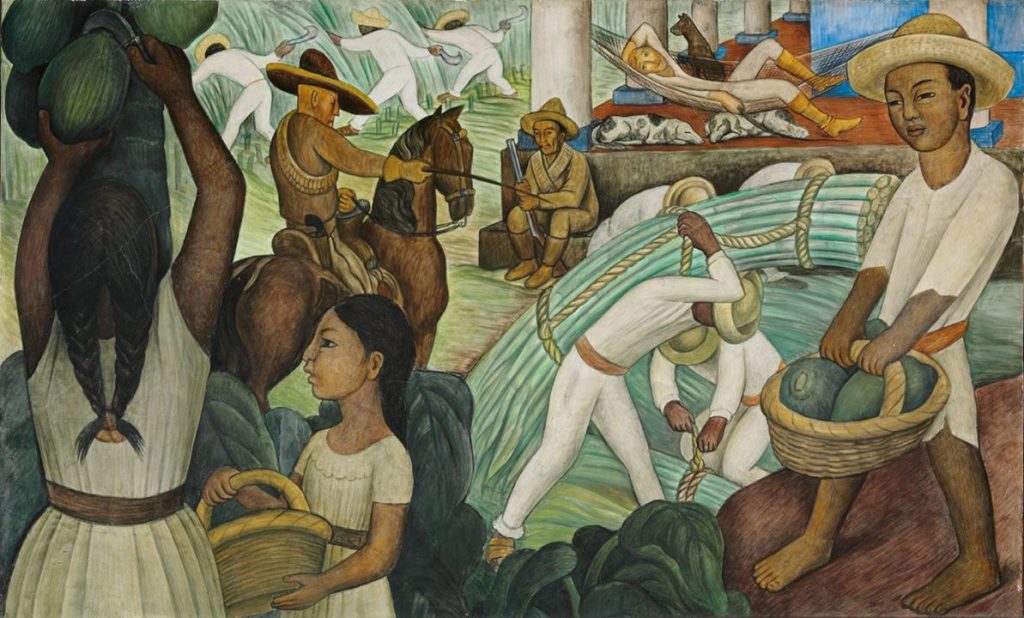 At a time when the discourse surrounding identity politics is often divorced from political economy, what can “Global Marxism” bring to the conversation?

In a way, the question is funny because I don’t think any of these authors would have found it legible. In the United States, for instance, Marxist thinkers – including many prominent black communists and socialists – were at the forefront of both racial and economic liberation movements, “intersectional” long before the term was coined. When we think of the feminist struggle – again, just here in the United States – some kind of socialist politics was common to everyone from Susan B. Anthony and Elizabeth Cady Stanton to Margaret Sanger and all the way down to Angela Davis, who is still fighting on every front for a more complete form of human freedom. More broadly, and to bring the “global” back into our conversation, I think we often fail to remember that for much of the 20th century almost everyone involved in struggles for national liberation struggles, racial justice, and so on, employed some version of a Marxian critique in their framework, and for good reasons. We think of Frantz Fanon as an anti-colonial pioneer and theorist focused on the psychology and philosophy of colonization, but we seldom remember that he understood his theoretical work and political struggles as a “stretching” of Marxism to encompass new and different experiences and concepts, not as overturning Marxian analysis.

In what ways does this body of writings bridge the gap between critical theory and post-colonial thought?

I love this question! When I think of “critical theory,” I tend to use the narrower definition of those thinkers and writers in the tradition of the Frankfurt School — particularly drawing on Max Horkheimer’s original premises of a critical theory that challenges the the tendency to see independent “social problems” as isolated phenomena, all the while questioning both the value-laden terms we use to describe such problems (and their solutions) and our ability to ever be completely “outside the frame.” In my reading, critical theory is a kind of anti-colonial or post-colonial theory — and conversely postcolonial theories should be engaged on critical theoretical grounds. I don’t mean this to parochialize critical theory, but rather to suggest that by seeing critical theory as one of these “global Marxist” movements, we get the sense of the kinds of competing, overlapping, and dialogic universalisms that are verboten in new waves of hyper-orthodox postcolonialities and Marxisms alike. 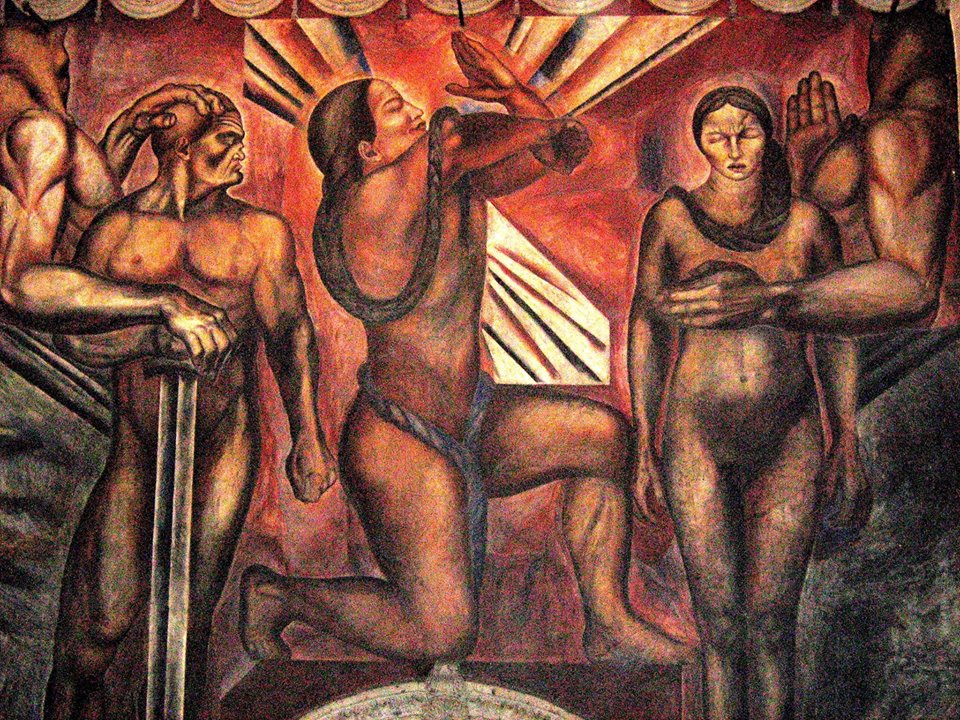 Global Marxism seems to encompass a broad range of writers from the Global South what do these writers have in common despite their cultural and ideological differences?

You are absolutely right to assert the vast differences between these authors. Some of these thinkers (Roy, Zhang, C.L.R James) are recognizable within at least the range of thinking that “Western Marxism” normally engages with, albeit with emphases and overtones that are often ignored. Others (like Chopel) are at best adversarial, tangential Marxists, mostly interested in Marxism’s worldliness, materialism, and as a framework that engages at a societal level with the natural sciences and their implications while never leaving his much more developed Buddhist scholarship behind. Gutierrez is absolutely subordinating in priority Marxian analysis to a Catholic theological framework while at the same time putting Marxian analysis and class struggle at the forefront of his praxis. Jalal al-e Ahmad is perhaps the oddest of the bunch I’ve selected; he’s deeply engaged with Shia Islam conceptually and in terms of thinking about the role of ritual in modern life, but is simultaneously a professed materialist and non-believer, a self-declared “heretic” and rabble-rouser who urged practical caution after an early life of failed Communist and then Third Worldist activism. He’s one of the most influential thinkers east of the Jordan river in terms of bringing local culture and geography into global conversation and conflict, and yet perfectly happy to look to Europe both for points of reference and – particularly fascist era Europe — as a kind of cautionary tale for identity run amok.

What ties these thinkers together is the simultaneous recognition that Marxist struggle has been hampered by its undeniable Eurocentrism and its inability not only to communicate to geographies outside of Europe, but to seriously consider that there may be both conceptual and practical material from the Global South that might speak universally. This is one of the reasons why this work can be so illegible for contemporary conversations, whether vernacular or scholarly. It is not so much whether, say, Al-e Ahmad, can speak to a particular challenge faced in Tehran and the Iranian countryside in the 1940, 50s, and 60s. It is also to take seriously the idea that someone like Al-e Ahmad may have serious and revolutionary ideas for the Paris or New York of the 21st century. This is a conversation that no one – postcolonialists and Marxists alike – seem to want to have, but I think it is a vital one.

To learn more about the topic, please join us for Global Marxism, a course which will take place at the Brooklyn Commons, starting Thursday July 7th.

Faculty Writing: On Fighting for Reproductive Justice, and Unwanted Pregnancy as Forced Labor

Faculty Writing: On the History of the IWW, and the Politics of Expert Parenting Advice

Faculty Writing: On the Necropolitics of Reproductive Freedom, and Co-Existing with Viruses