In advance of her course Empire, Nation-State, Caliphate: The Modern Middle East, we sat down with BISR core faculty and director of operations Suzanne Schneider to chat about her approach to studying the history and politics of the Modern Middle East.

The title of this course, “Empire, Nation-State, Caliphate” gestures at some sort of transformation. Can you tell us more about why you’re interested in these different political forms?

Absolutely. There are many different ways to narrate the history of the modern Middle East — and I’m speaking here chiefly about those regions which were part of the Ottoman Empire — but tracing the rise and fall of different forms statehood and expressions of sovereignty is a crucial part of any explanation. This is not merely about political forms, but also about the diverse ways that the political community has been imagined by the region’s peoples since the beginning of the twentieth century.

Given the magnitude of the transformation, it is hard to believe that it hasn’t even been 100 years since the Ottoman Empire disintegrated at the close of the First World War, and that its disappearance was far from an inevitable fact. Because there is a general tendency to want to narrate history in progressive terms — in which the pre-modern Empires give way to the modern nation-state — there is something delightfully counterintuitive to find, for example, that large sections of the Ottoman public were deeply committed to nurturing parliamentary democracy and fostering a shared sense of patriotism within the imperial framework. That is to say: there were very few before the war who were panting for ethnically homogenous nation-states along European lines. But for a combination of factors, the post-war world was one in which the nation-state became the normative unit of politics, and indeed, in which any “nation” without a corresponding state began to seem at best precarious, and at worst, a “problem” that required solving. We shouldn’t romanticize the Ottomans, but I am interested in thinking seriously about more capacious forms of political life than the nation-state has been able to support. 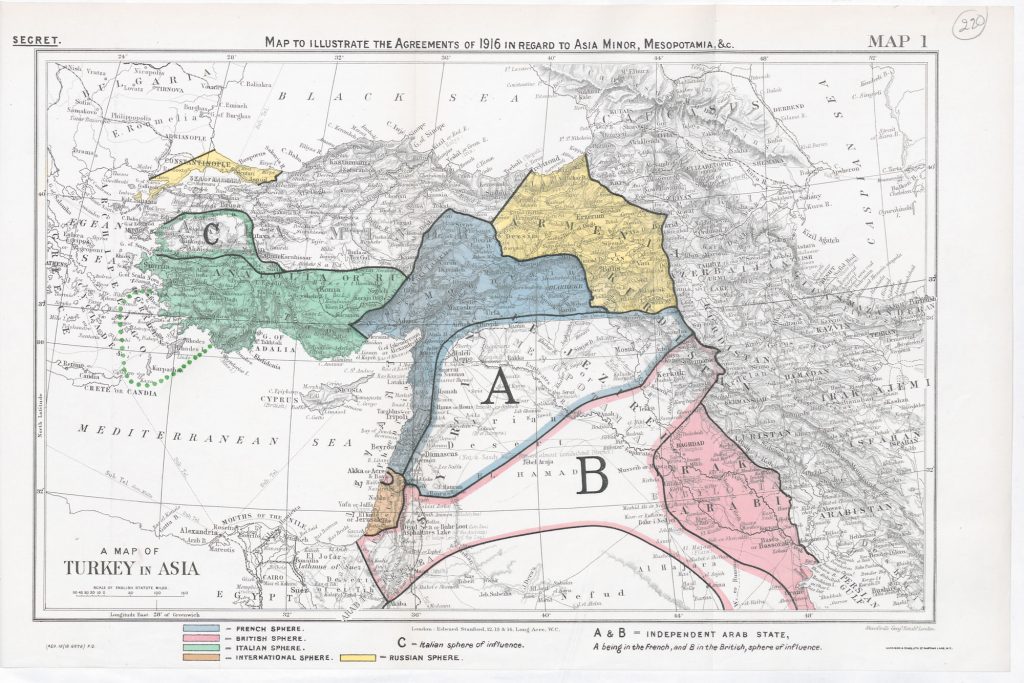 Map of British and French plans for dividing the Ottoman Empire. (British Library)

How do you account for the more contemporary move away from the nation-state and toward Islam as the central organizing principle for political life? I’m thinking not only of ISIS obviously, but also other voices that speak in terms of a Muslim umma rather than as Iraqis, Egyptians, Tunisians, etc.

To begin with I think that it’s crucial to understand that this sense of disenchantment with existing forms of political life, and corresponding pivot toward Islam (which can assume myriad forms) is not a “return” to an older style of government, as the term “Caliphate” might suggest. But this trend nevertheless does point to something very important, and which I see as a growing crisis of legitimacy facing numerous states in the region, which are widely perceived as corrupt, ineffective, and oppressive. Islam was and is the politics of opposition in many of them, often the only politics of opposition that couldn’t be squashed by the state on grounds of being “inauthentic”, foreign exports, etc. as was the case with communists and other leftists.

So when we try to take stock of the move toward Islam as a political force, we need to take stock of the rather bleak history of many nation-states in the region. But we also need to be attentive to the diversity of Islamist positions that exist and the fact that they relate to the question of statehood quite differently. For instance, Hamas and Hizbollah have both been criticized by radical clerics as being excessively nationalist and not properly committed to the global umma. I find these points of dispute about how Islamists should relate to the existing landscape of sovereign states to be endlessly fascinating.

Contemporary debates on nationalism have been greatly influenced by Benedict Anderson’s seminal work Imagined Communities (1983) in which he described nation as “imagined communities” brought together by print capitalism and the widespread use of vernacular languages. Does the case of the modern Middle East conform to his general theory of nationalism, or are there important points of divergence? 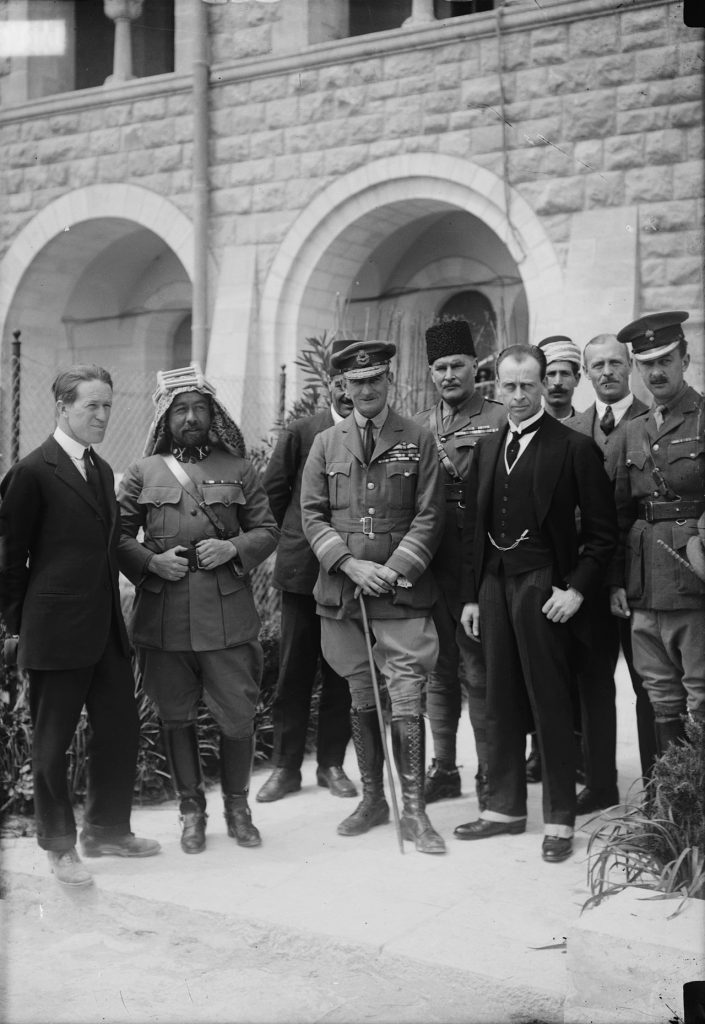 One of the better known, and most substantiated, critiques of this seminal work is that while his analysis of nationalism’s development in Europe is quite useful, it is not the case that there is a singular form of nationalism that then replicates itself in modular fashion in other contexts across the globe. Part of what historians of post-colonial contexts must grapple with is that, in fact, our sources point to quite different orientations for and genealogies of national movements than the ones that Anderson highlighted in his work. In my mind, one of the most prevalent points of divergence surrounds the question of secularity and the degree to which the secular citizen is posited as the fundamental unit of political life. Another crucial difference relates to the multiplicity of languages that took part in a project like Ottomanism, which was a movement for liberal reform during the second constitutional period (1908-1914) that articulated a sense of imperial citizenship. As Michelle Campos has shown in her excellent study of newspapers during the constitutional era, Ottoman Brothers, this was a multilingual project and indeed, the construction of Ottoman identity could and did take place in Arabic, Turkish, Hebrew, Ladino, all simultaneously.

To give the most basic definition, the umma refers to the Muslim community as a whole, which is to say that it is a concept that is necessarily global and that, historically at least, recognizes a political landscape in which Muslims can live in different sovereign states without sacrificing a sense of communal identity. Umma derives etymologically from umm (pronounced “oom”) in Arabic, meaning “mother” or  “origin,” but which is sometimes translated as “nation” as well. However, in the modern period Muslims have been more likely to use watan (or vatan) to approximate “nation” than umma, and the Arabic term for “nationalism” is wataniya. Now, there are of course radical voices who challenge all other forms of identity and sovereignty and think that the umma should be united not just theologically, but politically as well. But historically speaking, the umma is a form of community that can exist apart from a specific state in a way that is quite different from how the nation-state is envisioned. 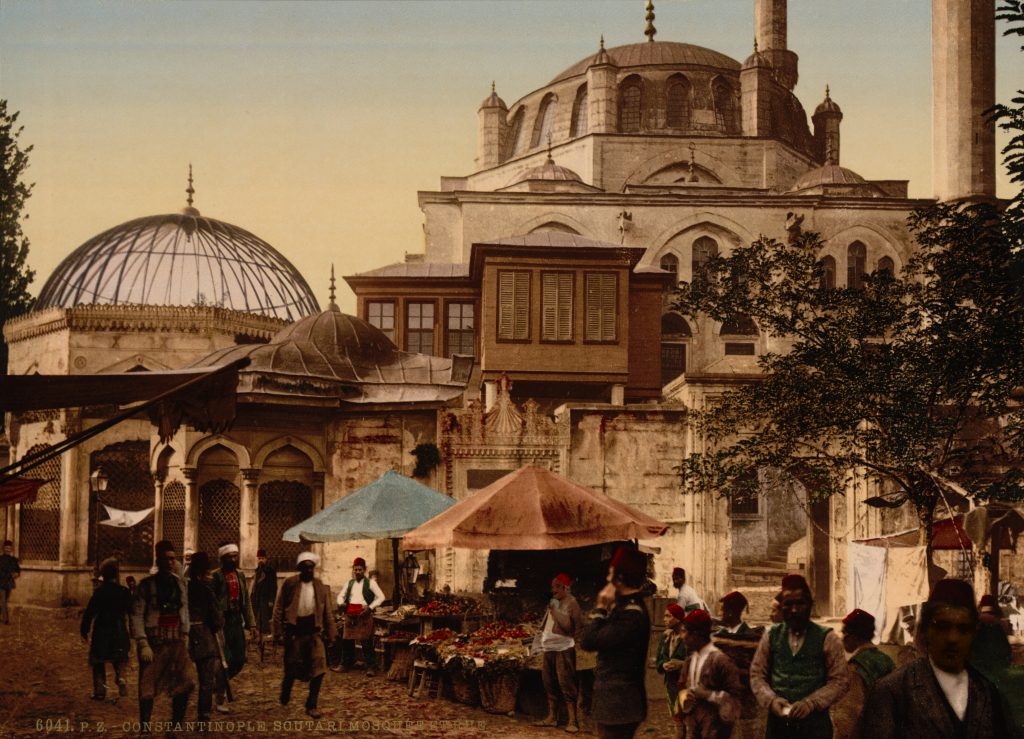 Thinking about the past is obviously central to any historian, but can you speak to the contemporary ramifications of this transformation? Particularly for people asking questions about today’s Middle East–from the Syrian civil War to the Arab Spring, Saudi/American bombing campaigns and more–what can we learn from studying this historical period?

We sometimes jest about how scholars ascribe an over-inflated sense of importance to their own little corners of the disciplinary universe, but this is actually no joke: understanding this history is the bare minimum needed to even approach a cogent understanding of the contemporary Middle East, and it is truly shocking to find so many people–including those who shape American foreign policy–who lack any sense of it. From the WWI-era agreements that literally create a new political map for the region to the manner in which oil concessions are granted and leftist movements are crushed during the Cold War era, we are still grappling with a twentieth century hangover. Not only that, but our contemporary approach to the region and its peoples is, in my opinion, sowing the seeds of future crises.

For instance, while there are voices that are increasingly cautious about the US-Saudi alliance, the overwhelming number of policy wonks believe in the deep strategic necessity of this partnership. Now they do this while simultaneously stating that radical Islam is the gravest threat to American national security, knowing full-well the role that Saudi-trained clerics and Saudi-supported educational institutions have played in moving Muslim communities worldwide toward a textualist orthodoxy that is less accommodating of diversity both within and without the umma than many other strands of Islam. When you consider that ISIS was importing Saudi textbooks, we move from the ironic to the absurd. In a related vein, the Trump administration clearly has an affinity toward authoritarian strongmen in the region and their various projections of strength at the expense of their own and neighboring peoples. Mind you this is not a new development for the United States, but rather a continuation of policy preferences that have been with us for several decades in the Middle East and elsewhere. It is not just that support for corrupt or dictatorial leaders exposes the hypocrisy lurking behind America’s supposed commitment to democracy and human rights. A larger concern is that oppressive regimes tend to lose legitimacy in the eyes of their own people and open the door to destabilizing political forces that undermine their continued existence. That is, the produce short-term quiet but nurture long-term trouble. Syria is an obvious example of the dangers associated with such a development, but I see other countries where the sovereignty of the state seems to be receding —  both in terms of the existence of territories within a state’s boundaries over which the government does not effectively control, and the rise of splinter groups that challenge the state’s exclusive right to violence. Nothing is inevitable, but when both conditions are present, civil war does become more probable, and the thought of additional countries descending into such a state of chaos should highlight the stakes here. We badly need a policy re-think, but I don’t believe we can identify better alternatives without first understanding how we got here in the first place.

Faculty Writing: On the Illiberal Appeal to Religion, and Our Changing Relationship to Work