The separation of church and state is often considered to be one of the fundamental organizing principles of democratic states and secularism to be the guarantor of religious freedom and diversity. While it was long assumed that modernity necessarily implies secularism (i.e. the modernization thesis), the so-called “return of religion” in the late twentieth century has called this thesis into question. From France, where an aggressive form of laïcité is presented as the cornerstone of republican and national unity, to Turkey, where Kemalist secularism is being progressively undermined, the current debates surrounding secularism highlight a broader field of tensions and connections between religion and the state. While it cannot be said that religion ever disappeared from public life, the return of religion at the forefront of current debates has unsettled some of the analytic and political categories inherited from the Enlightenment. Foremost among them, secularism is increasingly understood as a contingent historical formation rather than a neutral and final state of enlightened modernity. In this context, how are we to understand the relation between church and state in the 21st century?

To tackle this complex question, we asked BISR Director of Operations and Core Faculty Suzanne Schneider to tell us more about secularism, religion, and the modern state in advance of her upcoming course: Separation Anxiety: Religion and the Modern State.

From a historical perspective, what role did the progressive separation of church and state play in the rise of the modern state in Europe, and how has the state influenced religion in return?

There’s obviously a lot to say here, but let me start by poking a bit at the way the question is formulated. The idea that church and state used to be fully intertwined, and that the Reformation and subsequent developments (like the so-called “Wars of Religion”) ushered in a new era in which they could be fruitfully distinguished, is almost axiomatic. But it also risks being anachronistic if we imagine that the church and the state existed in forms that in any way approximate our own understanding of them, and that they were split during the 16th and 17th centuries. It is more accurate to say that our modern forms of both the state and religion (or “church”) came into being during this process, and that it was indeed mutually constitutive. It was only by promoting a new concept of what “religion” is and where it resided that the state as we know it could come into being. 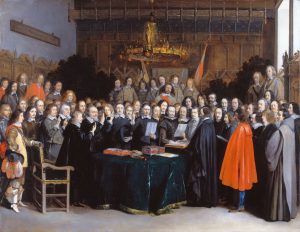 Can you say more about that last part? In what ways were religion and the modern state mutually constitutive forms?

Most scholars agree that religion – as a discrete element of human life that is largely defined as faith-based, voluntary and decidedly non-judicial – was invented in the decades that follow the Reformation, and was based on some of that project’s fundamental tenets (such as Luther’s idea that “faith alone” is necessary for redemption). The idea of a clear divide between faith and works, or the spiritual and the material, was echoed in the idea that the work of ecclesiastical authorities was fundamentally different than that of civic ones. Many of these ideas were concretized with the Peace of Westphalia and built on burgeoning market economies.  Speaking in broad strokes, rendering “religion” in these terms enabled the modern state to claim exclusive sovereignty over the subjects in its territory. Religion had to be made voluntary and non-judicial so that the state could become thoroughly coercive.

If secularism is not a neutral state of enlightened modernity but rather a contingent historical formation, what can this change of theoretical perspective tell us about the past and future of secular politics?

I think it should alert us to the limits of secularism as we know it, but also push us to think about other ways that non-Christian traditions are able to do the “work” of secularism. That is to say, recognizing that secularism is a peculiar historical byproduct caused by the dissolution of Christendom — rather than a universal model for enlightened behavior — means two things: First, that its foundational assumptions about what religion is creates structural limitations in accommodating traditions that do not view religion as internal or faith-based alone. The ban on wearing a hijab in French public schools is an easy example here. But, and here’s the second thing, we need not jump from this observation to the belittling argument that Muslims (or Jews, or anyone else who doesn’t divide the world like a good Lutheran) “aren’t capable” of secularism. We see this pejorative formulation all the time:  Islam doesn’t recognize the difference between church and state; “they” don’t understand secularism or religious freedom; we therefore must all live under shari’a law. 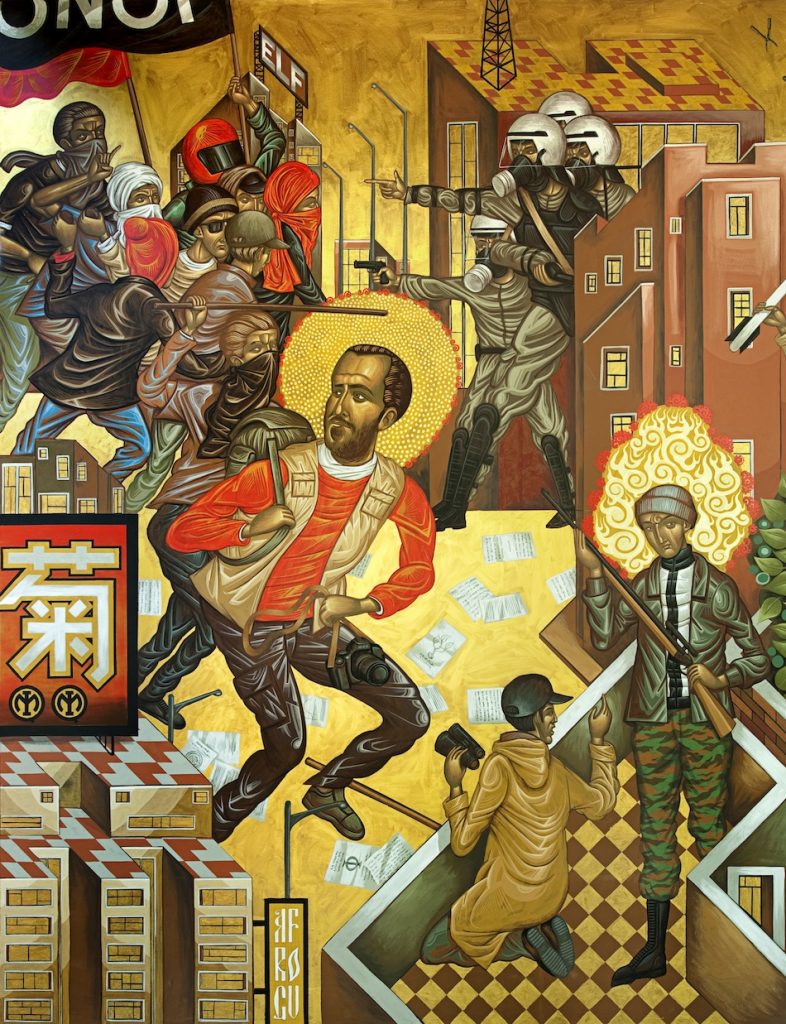 It seems to not cross most people’s minds that other traditions have modes of accommodating difference that, while we might them find woefully inadequate today, far surpassed anything that Christendom could conjure up. Indeed, one can argue that the best spot in 16th century Europe to be a Jew or non-conforming Christian was in those areas under Ottoman control. How do we nurture the elaboration of other modes of dealing with difference — which is the work that secularism does to which we are understandably attached — that do not grow out of a Protestant worldview? I refuse to believe that the textual sources or intellectual resources are not present within Islam and other traditions for this type of project.

With legislation being passed in the United States to protect Christian religious beliefs, the rise of an explicitly Dominionist Vice President in Mike Pence, and Reccip Tayyip Erdogan calling for the explicit Islamization of the Turkish state, are we witnessing a “return of religion” anew within contemporary politics? And was religion ever really gone?

I don’t think that religion ever went away, so I look at these developments less as a “return” from a dormant state than a transformation of sorts. It is apparent that a certain textualist orthodoxy, based upon a reconstituted “true” tradition that is often quite distinct from customary forms of religious practice, is ascendent the world over. But I don’t think we should contrast this with some sort of secular golden age or imagine that the religion that is “returning” is the same one that held sway in centuries past. Despite their protestations otherwise, the various fundamentalisms we encounter today are wholly modern creations.

If you want to learn more about this topic, please join us for Suzanne’s upcoming course, Separation Anxiety: Religion and the Modern State, which will begin Monday, October 22nd at Teddy’s Bar & Grill.