Alongside Charles Darwin and Karl Marx, Sigmund Freud is one of the key nineteenth century European thinkers who helped radically transform the way we view ourselves and our place in the world. Rather than the calm, rational, calculating individuals who populate so many early Enlightenment texts, people were discovered to be driven by biological needs like any other animal;  pushed by impersonal social forces flowing from our productive activity; buffeted by psychological impulses we can barely discern. In the wake of these thinkers, to paraphrase Freud, humans were no longer “masters in our own houses.”  Although repeatedly disowned and then reappointed within professional psychological practice, Freud’s ideas – from the famous Freudian slip to the Oedipus complex – have been so thoroughly adopted into modern conceptions of the self and society as to be second nature. It is impossible to understand later psychoanalytic thinkers like Jacques Lacan, Melanie Klein, or Julia Kristeva without understanding Freud’s work and a grasp of Freud is also fundamental for a whole host of social theory from Frankfurt School classics like The Authoritarian Personality and The Dialectic of Enlightenment to contemporary work on affect, the irrational, and beyond. In order to get a clearer understanding of how a doctor performing therapeutic case studies became such a towering figure, BISR Associate Director Abby Kluchin sat down with BISR Associate Faculty Loren Dent to talk Freud, therapy, method, and more.

Abby Kluchin: Loren, one of the things that I love about having you teach Freud at the Institute is that you bring a wealth of perspectives to the material. In particular, your approach to psychoanalysis isn’t purely academic; you’re also a working therapist. Can you tell us a bit about how, if at all, studying Freud and his heirs contributes to your own clinical approach? And can you also tell us about how you think about Freud himself as a clinician, whether from reading his case studies or otherwise? 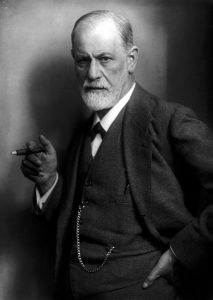 Loren Dent: A supervisor of mine once suggested to me that what was most interesting about Freud’s case studies is their failure as treatments.  Perhaps many would disagree, but I do think that there is something unique about how Freud transmitted psychoanalysis via the case histories that was lost on his heirs. Psychoanalytic case studies throughout time typically repeat a teleological narrative of success, often to demonstrate this or that theoretical orientation, technical intervention or approach to a novel psychopathological condition. In the current climate of evidence-based psychotherapies, something similar unfolds; while there has been a shift from particular cases to the normally distributed curve, the emphasis on triumphing over symptoms (efficacy) continues to be the ultimate aim.  Any honest therapist, regardless of school of thought, is aware that the work is chock full of failure. Our field has many terms for this: non-compliance, resistance, relapse, negative therapeutic reaction, low functioning, etc, all of which typically get the therapist off the hook.

What I really love about Freud from a clinical perspective is a sense that he’s challenging us to take failures seriously, not as errancies from an otherwise successful treatment, but rather as meaningful moments, no matter how frustrated, irritated or despondent therapists and patients may feel.  Freud’s entire oeuvre is premised on showing how the relation between failure and the unconscious is that of smoke to fire.  Related to this are the simple “fundamental rules” Freud posed, which form a kind of pact between therapist and patient.  The patient is asked to say what is on his or her mind without censorship, and the analyst in turn listens with “evenly suspended attention.”  Easier said than done, for sure, but Freud had hoped that analysts would approach each case as if it were their first.  That means listening in a way that does not impose a theoretical model or assumption about therapeutic outcome.  I find those simple formulations to be very instructive no matter one’s therapeutic style or model.

Abby Kluchin: Freud was an extraordinarily prolific writer, with distinct periods in his thought, from the magisterial Interpretation of Dreams and the controversial Three Essays on Sexuality to much later works of cultural analysis like Civilization and its Discontents. He also, famously, revised himself constantly — both in the sense of revising earlier manuscripts (I love the layers upon layers of footnotes in some of the early works!) and also more broadly in terms of, say, the shift from the topographical to the structural model of the psyche. What, in your opinion, are Freud’s most valuable contributions, and where do you think a person looking to familiarize themselves with his work should start reading?

Loren Dent: Freud released several editions of many of his papers, constantly revising as he elaborated on concepts and hit new dead ends.  He also revised himself within a single work!  The French analyst Jean Laplanche suggested that Freud oscillated between two poles: one Copernican and the other Ptolemaic.  Freud would posit an idea that was incredibly subversive to how we typically think of ourselves, and then – as if he were made anxious by his own idea — recenter us with the help of biological speculations.  I’ve found myself agreeing with how someone like Laplanche read such tensions in Freud’s work.  Rather than bemoan the contradictions, ridiculous speculations and logical gaps, we can instead find something generative in those moments.  Much like the failures I mentioned above, these out-of-joint instances are illuminating.

Another point I would make is that I personally don’t read Freud in a linear way, as if his later works reflect the truth of psychoanalysis.  Many analysts took Freud’s later work (for example, the structural model) to be a theoretical discovery much like discoveries in the natural sciences, where new evidence supplants older theories.  If that were the case, Freud never would have bothered with simultaneously revisiting earlier ideas, as well as revising those earlier ideas with new concepts. 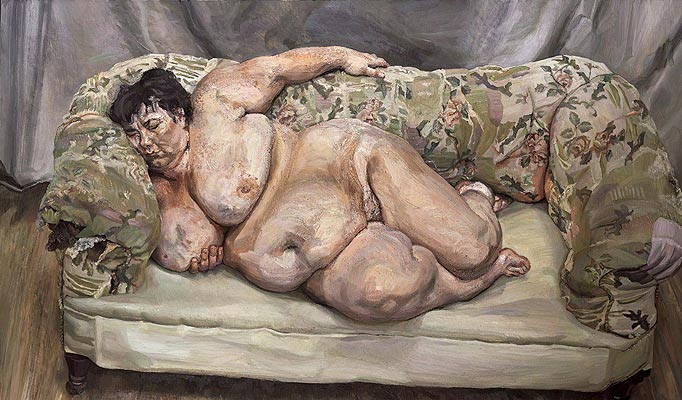 Abby Kluchin: Freud and psychoanalysis in general are often considered  “unfashionable” in scholarly circles as well as medical ones, and not just in departments of psychology. Why should we read and take Freud seriously today? How and why do you find psychoanalytic concepts and/or logic useful in 2017?

Loren Dent: Like any father, Freud is often revered and/or hated, but rarely just tolerated.   As the “father” of psychoanalysis, Freud will likely always play a role in the founding mythology of the field.  Our current time is notable for psychoanalytic pluralism (not to mention a plethora of other psychotherapies).  While I think it is important to introduce differences, polemics, and varying perspectives, I also personally find it hard to separate the signal from the noise at times.  I worry that therapeutic pluralism reflects market demands more than anything, with a growing number of branded acronyms. Because of this concern, I try to take a “less is more” approach.  For example, how much can we glean clinically from a handful of analytic thinkers?  That’s a personal preference, and I do think that one’s character and desire often leads to an affinity with certain authors and theories.  At the same time, I strongly believe psychoanalysis has something to offer, and will continue to even with the seeming predominance of evidence-based practice.  For me, the frantic effort to demonstrate the efficacy of psychoanalysis (and psychodynamic therapies) is a dead end.

To learn more about Freud and psychoanalysis, please join us for Strangers to Ourselves: An Introduction to Freud, which will start on March 5th, at WORD Bookstore in Greenpoint.